Best Escape Rooms in London – Can You Escape These Rooms? If you’re curiously creative and have a preference for perfectly puzzling predicaments, you’ll love the range of escape rooms in London at the moment.

London has some of the best escape rooms in the world!

This isn’t an exaggeration. Some of the finest mind bending, thought provoking, fiendishly challenging puzzles await you in the myriad of escape rooms springing up in London from north to south, and east to west.

If you’re up for a challenge, and looking for a great day out in London, let’s have a look at the best and highest reviewed escape rooms in London right now!

Here is our rundown of the best London escape rooms for 2021:

Sherlock – The Game is Now

Officially based on the BBC TV series Sherlock and created by the show’s creators, this London escape room has been designed to test even the logically masterful mind of Sherlock Holmes.

The escape room, based in Shepherd’s Bush which is a stone’s throw from Baker Street which is the fictional residence of the one and only Mr Holmes.

What sets this escape room apart is that not only can you join as a private group, or join with others, there is also an Outdoors experience to enjoy, where you can follow and track clues across London to solve the mystery and save the day!

As this is officially based on the BBC TV Series you can expect a high quality experience, with meticulous detail where everything you see and can touch can be a clue or could be a red herring designed to put you off the scent.

It also uniquely includes snippets and clips of the show as part of the puzzle from famous actors you’ll know and love.

Continuing the Sherlock Holmes theme, we have a unique experience called Moriarty’s Game.

Professor Moriarty, for those of you who are not familiar with this infamous character, is Sherlock Holmes equal nemesis.

Considered to be smart enough to match the logical and analytical powers of Mr Holmes, Professor Moriarty was often the baddie behind some of the most elaborate schemes to plague London City during the Victorian era.

In this challenge instead of being locked inside an escape room, you are sent clues and riddles to your mobile phone and take off across London to solve the clues and track down the safehouse.

Immerse yourself into the heart of London’s mysterious side in this game which takes about 3 hours, but up to 4 hours to complete.

The AIM range of escape rooms can be found in Whitechapel, East London.

The rooms range from Spy Heroes which is suitable for youngers from 10 years and above, and the adult only (18+) escape room Hangover Déjà Brew.

Each room catering to its own immersive theme, you’ll be trying to unlock the challenges and solving the puzzles up until the last minute.

The escape rooms at AIM include:

The Spy Heroes escape room takes you in to the undercover world of a friend called James and is suitable for anyone 10 years and above.

Solve the spy clues using the cryptic teasers and gadgets laying around the room to unravel Mr Supervillains plans.

Set in the future, this escape room pits your problem solving wits against fiendish zombies created by scientist turned bad.

Your mission is to secure the science facility and escape without being exposed to the threat and turned in to a zombie yourself!

Suitable for anyone 12 years and over.

Not for the faint hearted this extreme escape room is only suitable for those aged 16 and older.

If you take on this challenge, get in quick, solve fast and escape as soon as you possibly can!

You have been warned!

The ultimate in adults only escape room, the flagship Hangover Déjà Brew is suitable for those aged 18 years and above. It’s not suitable for children.

Solve the clues for the very naughty and eventful night prior to find the missing groom before his wedding day.

Camden holds a lot of history. This escape room is set within the former underground tube station, South Kentish, which is said to be haunted!

It closed almost 100 years ago back in 1924, after being open for only 17 years, and has rarely been seen by anyone since. It was last effectively used as an air raid shelter during the second world war.

You’ll have the escape rooms private just for yourself and your party!

The two escape rooms found at Mission Breakout in Camden are:

Based on the concept behind Enigma, you need to decode the Nazi messages and identify the spy!

You’ll have one hour to solve the puzzle and escape Churchill’s War room!

The Lost Passenger is a spooky escape room playing on the hidden South Kentish tube station and help find the missing passenger!

Suitable for this 9 years and older.

One of those escape rooms has a distinct Harry Potter theme in everything but name!

The three escape rooms at Enigma Quests in London are as follows:

School of Witchcraft and Wizardry

You’ll need all your wits, skills and teamwork to escape this escape room, and graduate the School of Witchcraft and Wizardry with flying colours (pun intended!).

You and your group will have 60 seconds to solve all the clues and pass all the challenges!

After entering the safehouse or a notorious criminal gang in London, you need to solve the clues, pass the challenges and use all your intellectual wit to find and escape with the money from the vault.

You’ve found your way on to the only submarine that’s able to save the Earth from destruction!

Find out how to operate the underwater vessel and save the day!

What to expect in an escape room in London?

Lots – but expect the unexpected!

All escape rooms are different. They have to be to keep you guessing right to the very end. Some can be great for kids, some only for adults, some scary and everything in between.

Some escape rooms are private for you and your group, where others escape room challenges will be with the help of others.

Escape rooms have exploded in popularity, partly driven by online app sensation The Room – which challenges you to take on a set of extremely complex challenges and thought provoking puzzles to unlock the secrets and escape The Room.

They all require you to work together to solve the puzzles. It can be frustrating as well as rewarding, but always lots of fun!

There is rarely a dress code, so wear something comfortable.

In Conclusion – Escape Rooms in London

There are many escape rooms in London, and new ones appearing almost on a yearly basis. 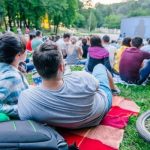 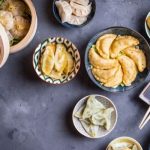 When it comes to indoor crazy golf, it is hard to beat a game in a giant city like London. Here are 6 of the best courses.