Both London and New York are amazing places to visit.

Both have world famous recognisable landmarks, and home to millions of people.

With so many similarities, is London bigger than New York?

Many of us consider London to be immensely over-populated, but it may surprise you to understand how New York has been built, compared to London, and how New York’s infrastructure can help support roughly the same population of London in half the space!

Why Buildings in London are Smaller than in New York

Although London is far from flat, it is by comparison to New York, of lower height.

There are three reasons why London’s buildings are not as tall:

The UK have some of the strictest planning and building regulations than many countries in the Western world.

It is one of the reasons the UK on the whole has a home shortage, and why the average age of a UK resident able to afford their first home has now surpassed 30 for the first time in history.

Planning regulations of the past deemed that no building may be taller than St Paul’s Cathedral, which stands at 365 feet tall, or 111 metres.

This prevented the shell for many buildings reaching any substantial height.

Due to increasing demand to live in the UK’s capital this law no longer applies, although stringent planning regulations remain in place.

Impact of the Wars

The impact of World War 1 and World War 2 took their toll on London’s capital.

This meant that within a short a span as 31 years parts of London not only had to be rebuilt once but rebuilt again.

Homes and businesses had to be rebuilt quickly. London had to get back on its feet.

This meant time and money was not readily available to build tall skyscrapers. Buildings were constructed out of a necessity and practically and had to be done fast.

The foundation subsoil of London is primarily clay. This foundation wasn’t particularly suited to the large New York skyscrapers you see today.

This makes building any structure, that could even come close to the enormous buildings found in New York, much more expensive to build.

It’s a feat of engineering brilliance to squeeze 8.4 million people into an area of 301 square miles.

It’s even more startling when you realise than 301 square miles is equal to 192,000 acres.

New York’s first building was constructed in 1652 and by 1776 the first two and three storey buildings were constructed.

London, on the other hand, already had a large population at the time of the Great Fire of London in the year 1666. This took with it a huge number of homes and buildings in a short space of time.

This was just one of the setbacks London had with its infrastructure and ongoing building developments.

If you have ever been to New York, the first thing you are likely to notice is just how BIG everything is!

This is in sharp contrast to what we already know about the square milage each city is housed within.

What strikes you after a while is the fact New York built, and continues to build, upwards as well as outwards.

Building skywards as well as outwards meant New York could more comfortably fit a larger population in to the same square mile area.

London could also have made that choice, but there were three main reasons that prevented London from following a similar infrastructure regime as New York.

London has an extensive range of parks and greenspace. In fact, London has over 3,000 individual parks across its 606 square miles.

New York, on the other hand, has the amazing Central Park at its heart but surprisingly each New York resident has on average just 146 square feet of green space around them.

Considering London’s expansive park system, and apparent lack of grass areas in New York, could this create the illusion of density.

Could the number of parks take up space for homes, and why London and New York resident sizes are so similar?

Unfortunately, this isn’t the reason.

Although London has the largest greenspace at 35,000 acres, it isn’t a standout winner by any sizeable margin.

There are only 7,000 acres in size difference.

Although 7,000 acres is enough to house a number of people, it would stretch a further 8 million people needed to truly compare London in size to New York City.

It seems almost incredible to conclude that despite a similar number of residents, London is twice the size of New York.

New York’s infrastructure has been carefully crafted to build a working metropolis capable of supporting the number of homeowners and businesses it does.

This infrastructure has been built by demand and capital advancements.

London has had it’s share of obstacles and setbacks, as well as strict planning and building regulations, has meant building sizes could not compete. 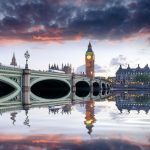 Is London a Safe City? – Safest Boroughs and Where to Avoid

Is London a City or a Town? [The Debate Finally Answered] 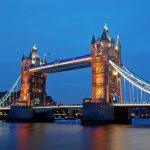 Where do all the young professionals that work and commute around London actually live, considering the spiraling property prices Do you think you know all the landmarks and the reasons London has become as famous as it has? See if you’re correct!